Thirty years separate the two orchestral works by John Adams recorded here by the San Francisco Symphony under Michael Tilson Thomas and the composer. Grand Pianola Music of 1982 exhibits in the chugging minimalist style with which Adams made his name. It evokes the 1980s when the USA, with its passion for automation, created a way out of modernist complexity in the pulsing, conveyor belt repetition of simple chords. Indubitably modern, but determinedly regressive. Grand Pianola Music requires no mechanised keyboard, but the gently hammering pianists' hands imitate the computer's pulsing cursor and the dadaist dada-ing of Synergy's wordless singers subliminally suggests the madness of the present age. Beethoven is briefly, mistily present in Grand Pianola Music, but completely to the fore in Absolute Jest, written in 2012 by the 65-year-old. He calls it a twenty-five minute scherzo and it is that, as well as an admitted act of plagiarism in the quotes and the senior composer's  student game of identify-the-source. Melodically, it is all Beethoven, albeit with Adams' ironic, playful and irreverent distortions. The minimalist steady tapping reappears in the last movement and the eerie out-of-tune piano of the conclusion is perhaps an absolute jest in the sense of the last laugh.

Queues for the loos lengthened with the announcement in the third week of the Proms that 72-year-old Sir John Eliot Gardiner had decided to perform Monteverdi’s five act opera without an interval. (Tip: use the Circle level). This was as much a talking point as the gossip at the first performance in 1607 that even the dialogue was to be sung. This was how the ancient Greeks did it, apparently, and the Renaissance was all about reviving Classical antiquity. The recitative, as it was called, rose and fell with the emotions of the characters. Under Gardiner, the hours passed without longueurs. Orfeo was sung by Krystian Adams whose light tenor brightened and darkened expressively though once or twice his desperation at Eurydice’s loss caused the focus of his pitch to fall rather too low. His sylph-like Eurydice was Mariana Flores who sang with a seductive glint and prevaricated deliciously as she moved across the stage with featherlight grace. She had her dancing equal in Francesca Aspromonte’s Music who shook with mating ritual appeal and sang with glistening tone and hall-filling volume, not least when as the Messenger she announced herself from the back of the arena and, accompanied by a theorbist, solemnly glided through the parting prommers as she delivered her tragic news.

Fearing a reaction to lengthy recitative, Monteverdi made extensive provision for the dance element with dozens of ritornello interludes. Sir John’s musicians revelled in the rhythms in their two groups led by long-necked lutes (theorbos) and keyboards with violins and recorders for colour. The brass including cornetts was separate, marching on in ritual for their familiar fanfares with ‘natural’ tuning providing authentic dissonance. The youthful chorus sang with well-honed collegiate voices, gyrated more or less in time, clapped percussion entries and involved themselves with the drama at every point, posing as so many Rodin Thinkers with Orfeo’s gloomy mood. For all his heavenly musicianship, Orfeo could not prevent despair although perhaps the subliminal message is that music is at its most beautiful when depicting tragedy.

Still from Holozan by Heinz Butler and Manfred Eicher

An Afternoon at Claxton Farms by Jeff Pittman 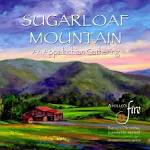 Twigs in bud by Dag Alveng

The late Bob Moog and his amazing invention 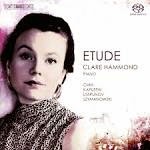 Rhythme No1 detail by Robert Delaunay 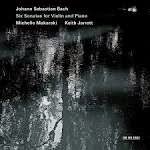 Knaresborough Yokshire by Jack Merriott for a 1954 British Rail poster 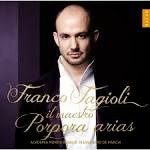 View of Luebeck by Daniel Meissner

Eiffel Tower Base from the Art and History Archive Berlin

The Violin by Juan Gris

Black and Blue by Sasha Kleis

Marriner and Katsaris by Christodoulou

Gabrielyan in Forest by TommasoTuzj

Perez and Costello by Molina Visuals

Angel and Cellist by Taida Balciunauite

Keenlyside as Macbeth by Clive Barda 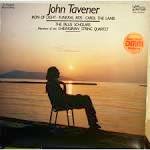 The Archangel Raphael Taking Leave of the Tobit Family by Rembrandt

Bartok Design by With Relish and Darren Rumney

Roth with Stradivarius by Georg Thum

Resurrection of the Green Planet by Ernesto de la Loza

Ansicht des Dachsteins, View of the Dachstein, by Ferdinand Waldmueller

Hadelich and Lintu by by Balazs Borocz

Tenebrae in Church by Woven Design

Bulb with Moths by Shutterstock

Dancer with Parasol by Mallory Morrison/Corbis

Gross with Violin by Hermann and Claerchen Baus

Magen at the harp by Simon Powis

Cellist at the Seaside by Wesley Monts 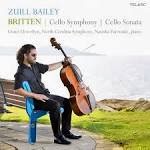 Profile of a Girl by Koloman Moser

Detail from Flora by Jan Massys

The Wanderer above the Sea of Mist by Caspar David Friedrich

In the Park by Marta Martonfi-Benke

Women with Flutes and Flowers by Stuart Weston

Tavener Veil of the Temple

In Dance and Song 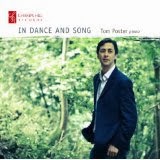 On a Cold Winter's Day

A Tale of Two Cellos

Holding Out a Helping Hand

...the flowers have their angels

Mountains in Winter by Kirchner

Joy to the World 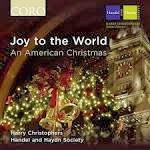 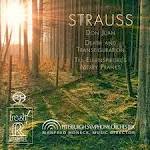 Jaroussky and Lezhneva in Pergolesi 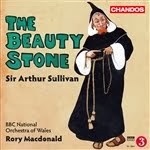 When the Flame Dies 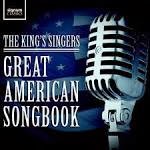